From crocodile skulls to Iron Maiden inspired train sets, tradespeople can never been sure what they’ll encounter when visiting people’s homes. 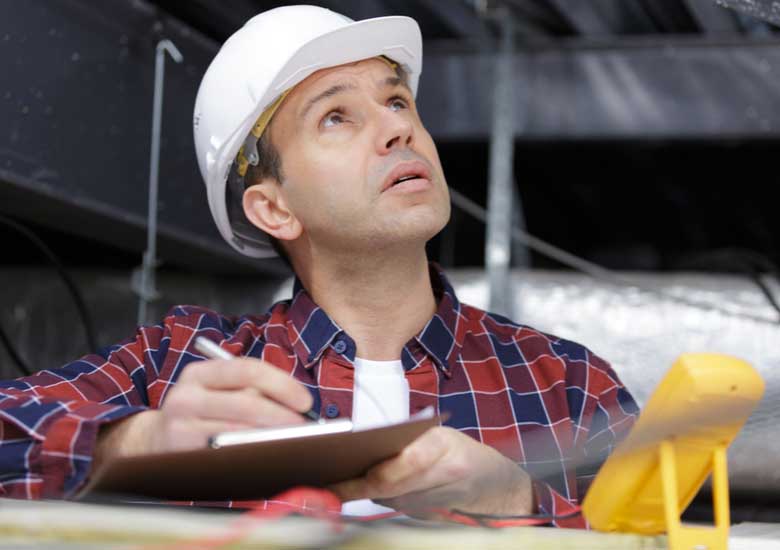 Tradespeople are always in people’s homes, whether it be to sort out the homeowners’ electrics, plumbing or roofing among other things. Because of this, it’s safe to say they often encounter their fair share of surprises throughout the day. Being able to react to these situations is a big part of the job, dealing with homeowners’ sometimes bazaar requests or finding themselves in peculiar situations.

With this in mind, My Local Toolbox surveyed the tradespeople of Reddit to find out some of the strangest and weirdest things they have seen while on the job.

It will come as no surprise that animals feature on our list, but you might be shocked by this discovery by Redditor Theblackcollis. After recently moving home they found an alligator skull under the floorboards despite living nowhere near alligators… 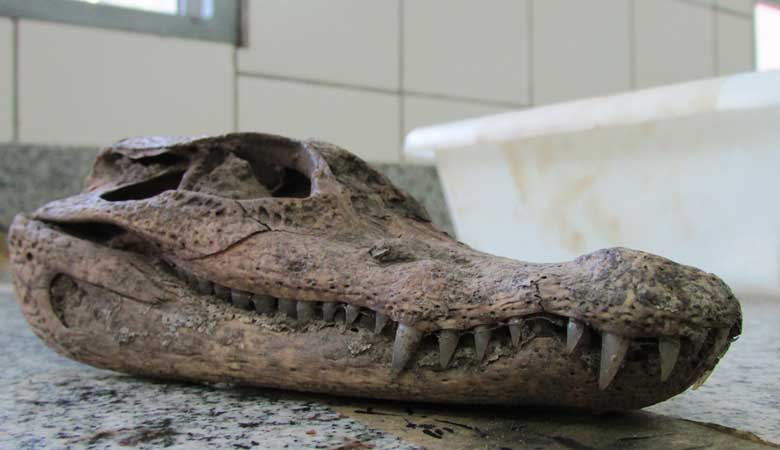 ‘We just moved into a historic home in our downtown district, and we have run into all sorts of surprises and absolute madness. The craziest thing so far is a massive alligator skull under the floorboards. We live NOWHERE near any environment that would have alligators.”

Who doesn’t love a combination of Iron Maiden and train sets? Redditor thefuturesbeensold’s father was lucky enough to have a job on at Bruce Dickinson’s house, the lead singer from Iron Maiden, and took a trip down to his basement… 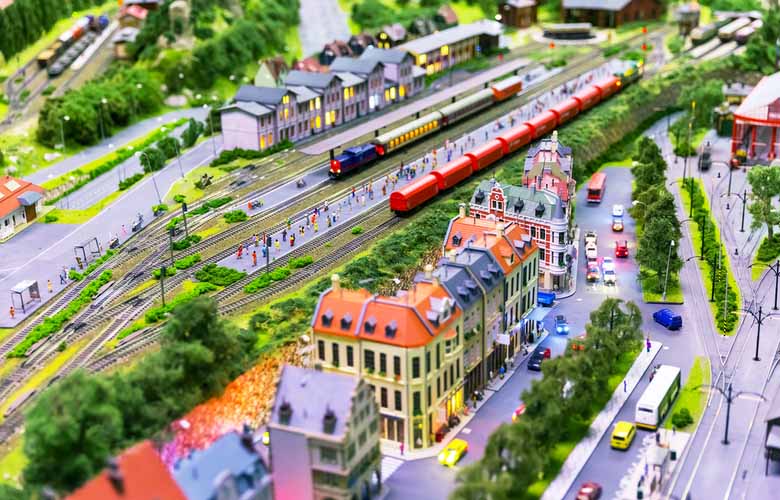 “My dad was a plasterer and painter and decorator in London in the 80s. He had a job doing Bruce Dickinson’s house once (Iron Maiden) apparently Bruce was home one of the days and invited my dad into his basement where he had it all set up with model trains. My dad spent an afternoon with him playing with his trains. He said it was the most bizarre thing he ever experienced.”

Now, this one is cheating a little because the tradesperson actually planted this rather than finding it, but we couldn’t leave out a model of a skeleton. This drywall contractor left a nice present for the next person to find…

“When I redid the drywall in my basement, I put one of those human skeleton models you see in the doctor’s office in the wall, a nice surprise for the next guy.”

Working on a home in suburbia can sure throw up its array of surprises, perhaps none more so than a passionate love affair… “I found the homeowner having an affair and his wife coming home mid-day, mid-job. We left after a half hour sitting by our work trucks, it sounded like they were breaking everything in the house that could be broken. The mistress never came out either.”

Another appearance by an animal, this time a very-much-alive Boa Constructor. Living in the UK, you might think your chances of finding a snake to be relatively small, however as reported last year, it can still happen… 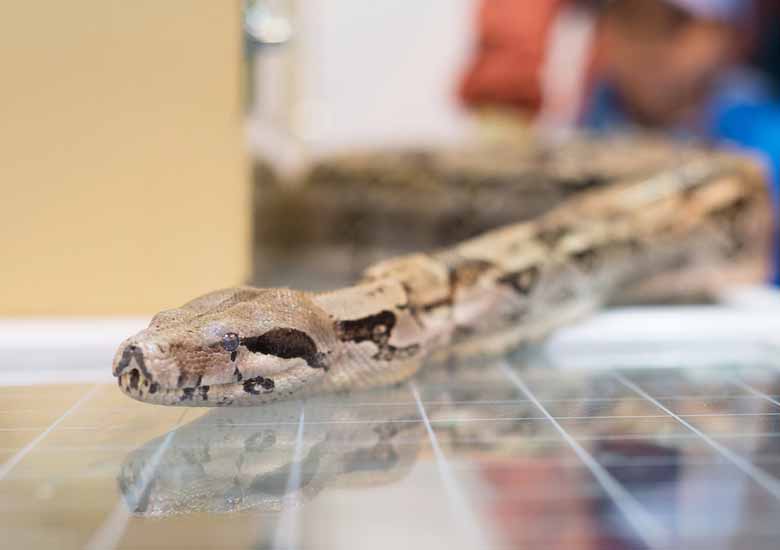 “I was painting an apartment, I jumped behind the fridge to paint behind it. There was a Boa Constrictor back there! It was huge. I thought I was gonna have a heart attack. Turns out it was the previous tenant’s pet, they thought it ran away and just left it there.”

When this tradesperson was helping to refurbish his son’s kitchen, he discovered thousands of used razor blades from a previous fixture… 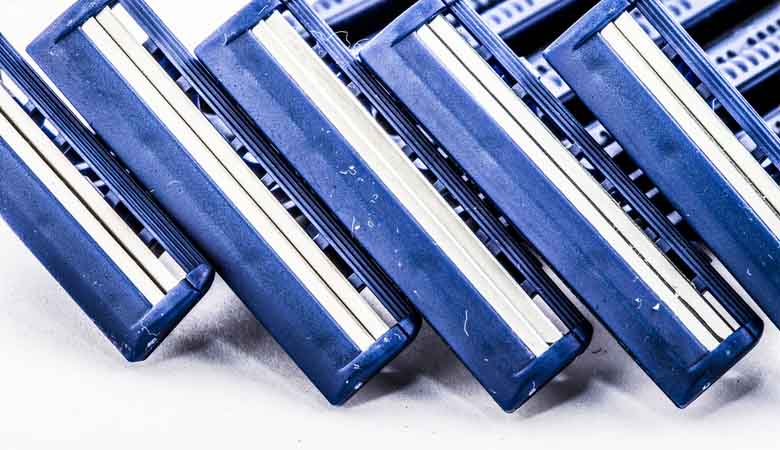 “When I remodelled our son’s kitchen (which is below the bathroom), the outside wall cavities were FILLED with razor blades. Back in the day, there was a slot in medicine cabinets for “disposing” of used razor blades. That slot emptied into the wall cavities. I knew of this practice, but it still stunned me to bust a hole in lathe plaster and have thousands of razor blades fall out.”

One of the more weird entries on our list, an electrician once made a surprising discovery in a homeowner’s closet. Let’s hope it was a birthday present… “I’ve seen an oil painting of a homeowner’s mother in the nude… hung up in the master closet.”

For many people, dust is one of the most annoying things in your home. You can do a full spring clean one day, only to find dust beginning to return the next day. However, this didn’t seem to bother this tradesperson’s clients… “I went to go to patch/paint a ceiling while the tenants were home (college students). It was in the living room. The tenants refused to move, they just sat under me while I patched the ceiling. Dust was falling on them and they just sat there. I kept asking them to move, they’d leave for 5 mins then come back.”

Most people are familiar with hoarders, but perhaps not this type of hoarder… “I used to work for a well-known company installing boilers. A hoarder had bought two houses side by side, he wanted a full system in one side and a boiler in the other connected to existing pipework.

Anyway. This guy was a hoarder, of p*rn. All types of p*rn. You couldn’t get through his house because of the vast amount of p*rn. He had magazines, VHS, DVDs. It’s the most uneasy I’ve ever felt around another human. He didn’t flinch when showing me around”

Floodlight looking into the bedroom

Most of us tend to turn off the lights before bedtime. However, the previous owner of Redditor TopStain’s house seemed to have other ideas… “Our first house had a floodlight attached to the roof in the backyard. The house was previously repossessed, so we didn’t get any info and of course the electricity was shut off until we moved in. The light was right outside our bedroom and on 24/7. We searched for switches, tried every breaker, nope. Shutting the main off did the trick but WTH? We ended up going up there and unscrewing the bulb.”

A word from our founder

Adam Clark, the founder of My Local Toolbox said: “The skills needed to be a tradesperson are really underestimated. Not only do they have to be highly skilled at their particular trade, but they often encounter all manner of unexpected scenarios during the day which they must react and adapt to. The examples that we’ve gathered from real-life tradespeople show that as a tradesperson, you can never be quite sure what your day will entail.”

To get quotes from local professional tradespeople post a job now.

Ready to get quotes from tradespeople (it's free)?